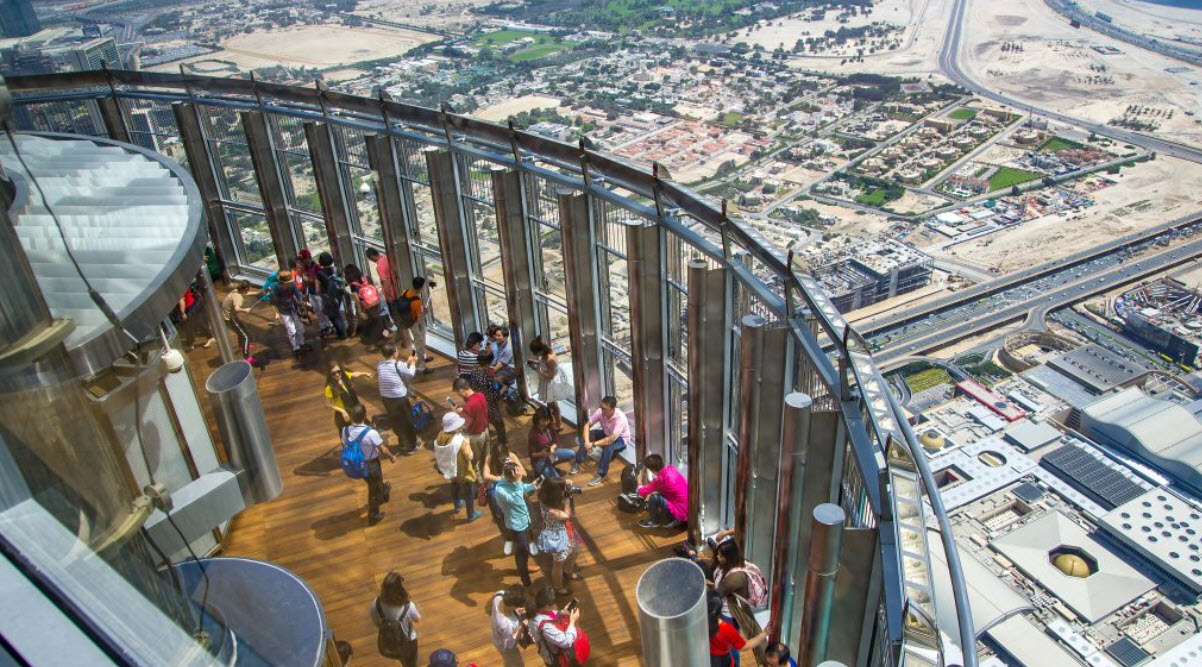 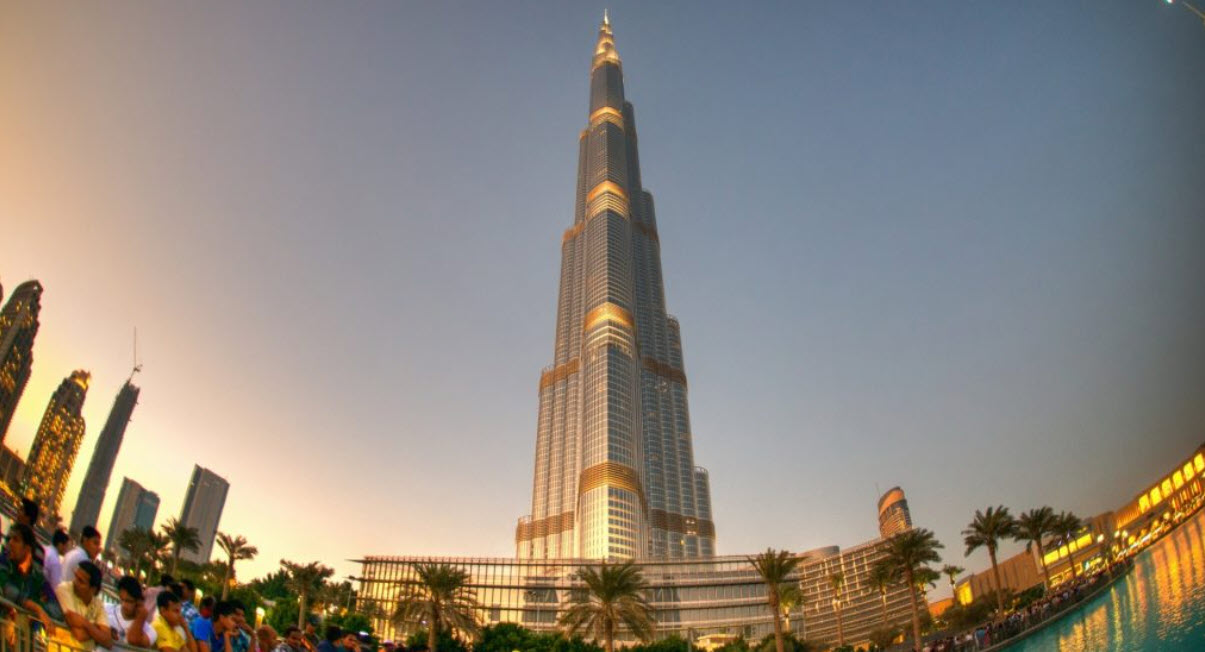 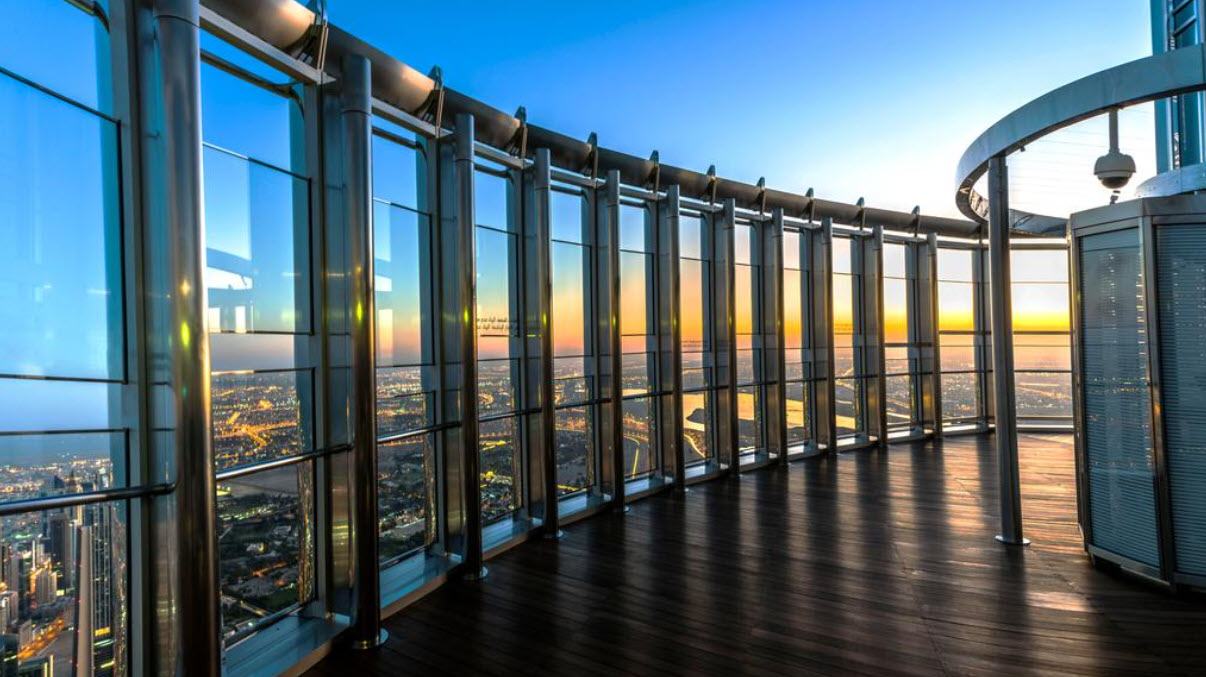 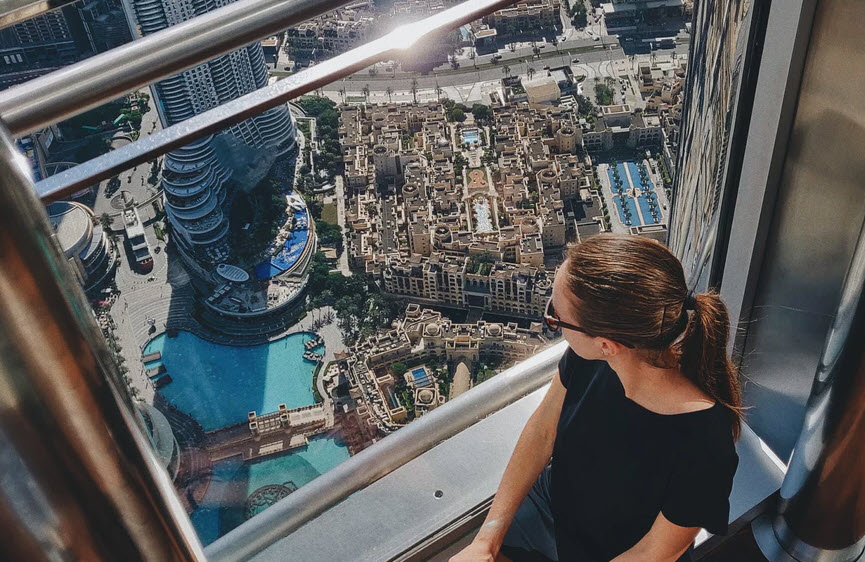 It is also proof of Dubai's growing role in a changing world. In fewer than 30 years, this city has transformed itself from a regional centre to a global one.

Be thrilled by the world's fastest double-deck elevators, cruising at 10m/s. watch in amazement as specially designed projections in the elevator give you the feeling of flying over global landmarks as you ascend to Level 124. Take a closer look at the world below through avant-garde, high powered, telescopes placed on the 124th and 125th floor observatory deck. Step out onto the public outdoor observation terrace overlooking the ever-growing skyline of Dubai. Book your Burj Khalifa Tickets at CTC Tourism

One of the things you can enjoy doing when you are in Dubai is visit the Burj Khalifa. At Burj Khalifa you can experience the sunrise from the 124th floor. This is a unique way to greet the morning by being at the tallest building in the world. This happens more often during winter season in Dubai.

you can also read about places to visit in Dubai.

When the first rays of the morning sun radiate the landscape, Dubai takes on a whole new level of beauty! You cannot miss this breathtaking view from the Top of Burj Khalifa.

Stand by for crisp morning experiences from 5:30am until 8:30am. In addition, enjoy a delicious breakfast bite and a beverage from At the Top Café – all served with a side of relaxing sunrise vibes.

With a splendid panoramic view, including vistas of the Arabian Gulf and city’s skyline, there is no shortage of ‘wow’ factor at one of the highest vantage points in the world. The At the Top, Burj Khalifa experience is truly one-of-a-kind as you take the world’s fastest double-deck elevators, which cruise at 10 meters per second to the vantage point on Level 124. You can also enjoy closer looks of the world below using high powered telescopes, and for added exhilaration, step out to the outdoor observation terrace that overlooks the city’s skyline.

Burj Khalifa- The Best Tourist Attraction across the Globe

The tallest tower in the world, the Burj Khalifa had been named as the ‘Best Tourist Attraction in the Middle East’ for the year 2014 at the Reader’s Choice Awards held by Conde Nast. Dominating the city’s skyline, the tower offers a view of the city and the Arabian Gulf that is unparalleled in its stupendousness and has to be experienced to be believed. Book on one of the varied Dubai tour packages and soak in the marvellous experience from the premium ‘At The Top Sky Lounge’ located on the 148th floor of the tower.

First of its Kind in History

The Burj Khalifa is a free-standing structure that has no comparison to any other on this planet standing as it does at a total height of 828 meters. Boasting of many firsts such as the tallest and lengthiest travel distance of its elevator service, an observation deck which is equally at astronomical heights and a record number of floors, the tower has become one of Dubai’s topmost visited sites attracting a record number of tourists from around the world every year. Elevators travel at speeds of 30 meters plus per second to take you through the different levels of this amazing engineering and architectural wonder and stopping lastly at the topmost residential room and restaurant located on the 148th floor. You can equip yourself with at the top Burj Khalifa tickets if you want to dine among the clouds at the highest restaurant or explore the region of the Emirates from the tallest height possible. The floor to ceiling glass-walled observation deck that is located on the tower’s 124th level also offers an equally majestic view of the glistening city during daytime and the illuminated sight at night time.

The observation deck is a favourite venue for hosting a series of events like media briefings, art competitions, yoga sessions and many other social responsibility initiatives undertaken by corporates. You can get close to the efforts that have gone behind the making of this stupendous structure through several audio testimonials heard from ‘People behind Burj’. The area around the Burj is also equally interesting housing as it does the Dubai Mall, Dubai Aquarium and many more. The Burj Khalifa and Dubai Aquarium ticket combo enables you to explore two of the best Dubai attractions at your own pace and enhances the cost-effectiveness of your sight-seeing. Definitely, the Burj Khalifa experience offered in Dubai holiday packages is something that cannot be missed!

Entry tickets to visit the Burj Khalifa Observation Deck on the 124/125th floor for the selected time slot.

Pick up and Drop off from and to your hotel/residence. (If transport option is selected)

Infant: Below 04 yrs (Free of Charge)

All park tickets and ticketed attractions are 100% Non Amendable and Non-Refundable.

Tickets are sent on the email provided at checkout.

Tickets are valid for Both UAE and Non – UAE Residents. (Use applicable coupon code if any)

Printed tickets are NOT required. 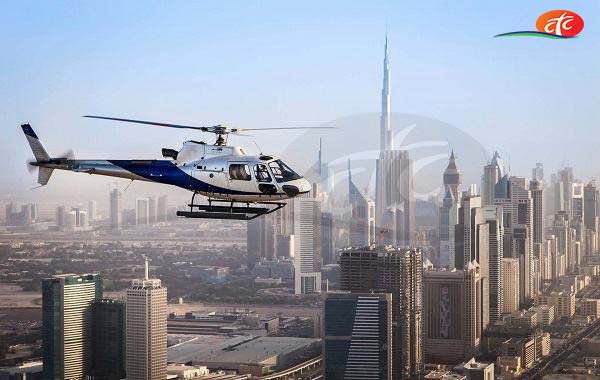 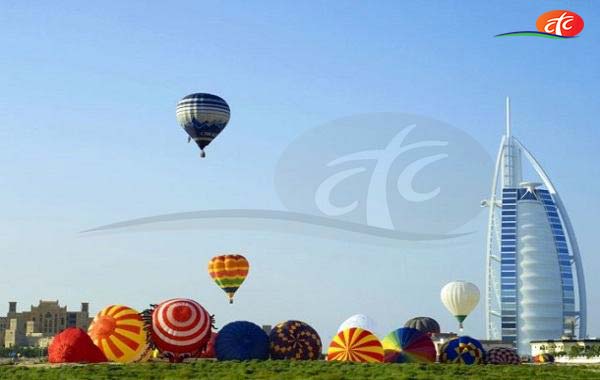 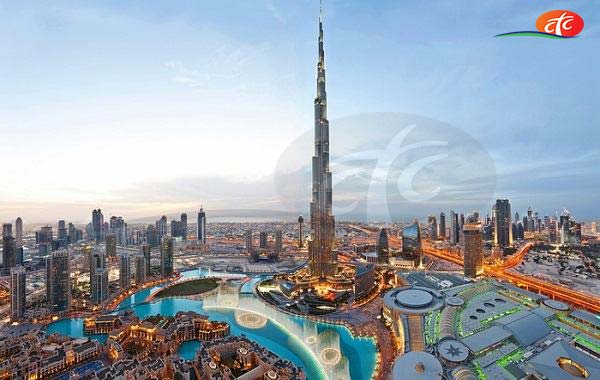 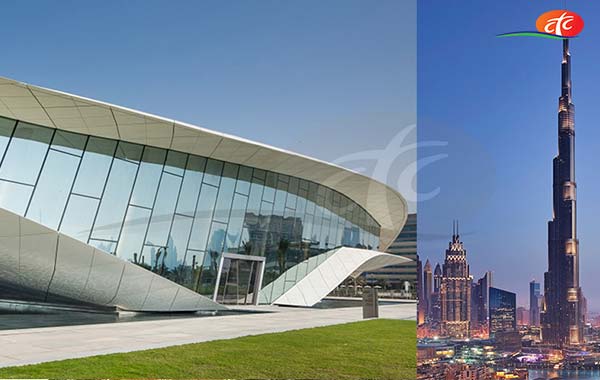 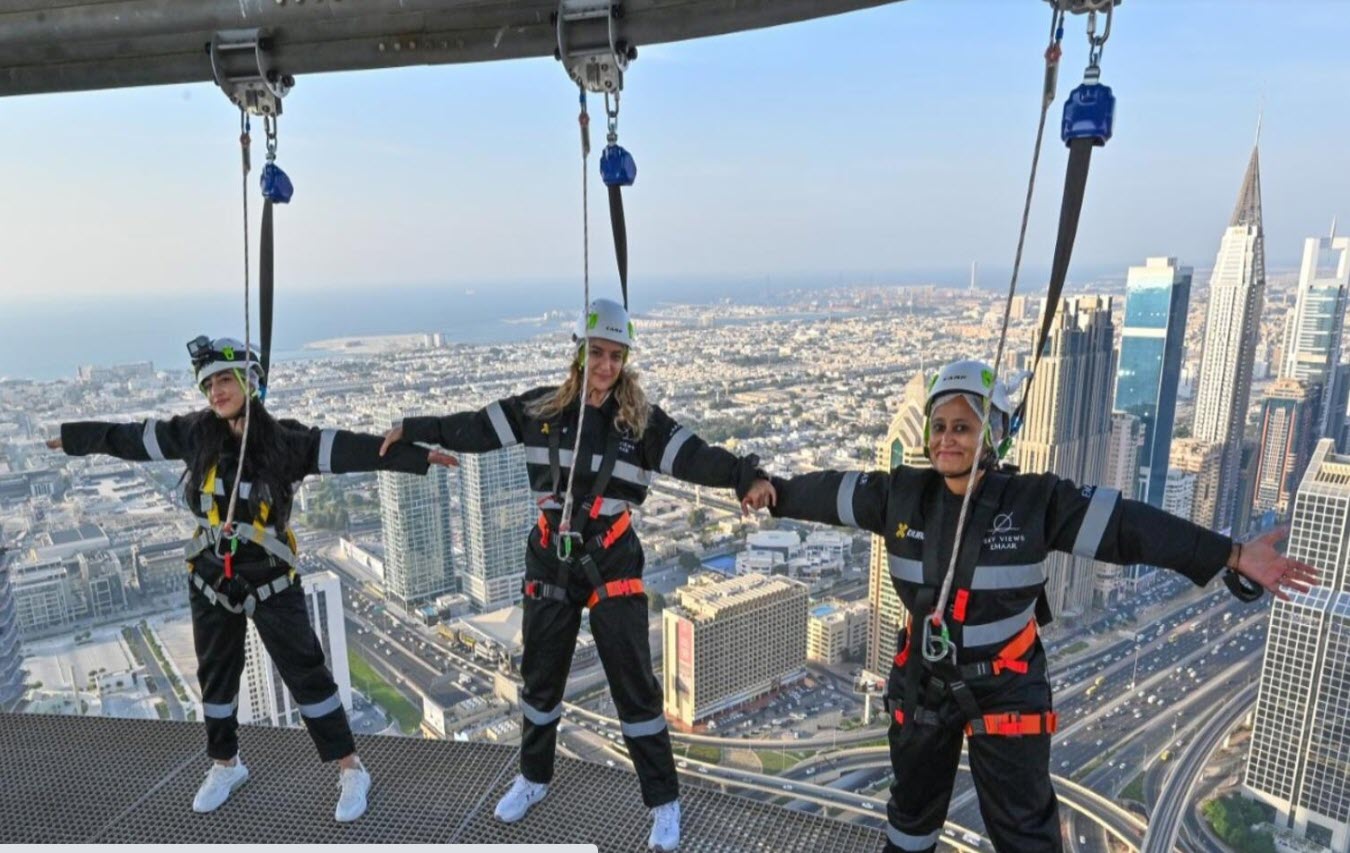